We present the official afterparty with a DJ set from the man himself. We're thrilled to be throwing the official afterparty for Sun Araw's rare live show at Jazz Cafe. We at Slow Dance have been huge fans of his off-kilter experimental productions for a while so it is an honor to get him down for a 2 hour set in the Rye Wax basement. Sun Araw's sound is hard to pinpoint ranging from Dub to psych to exotica. His projects spread the breadth of underground experimental music, having recently produced an album and live Boiler Room session with spiritual pioneer Laraaji. As well as starting his own StonesThrow-offshoot label 'Duppy Gun' with fellow musician M Geddes Gengras collaborating with Dub musicians. His albums have gained critical acclaim throughout the world such as 2012's 'Icon Give Thanks' with seminal reggae group The Congos. This is not a session to miss... 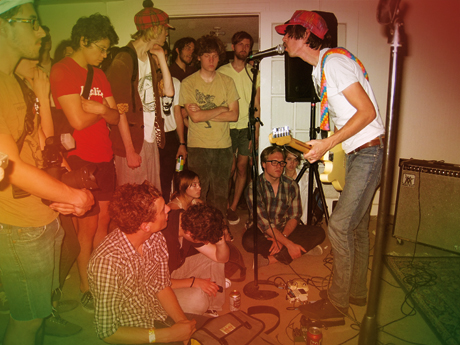