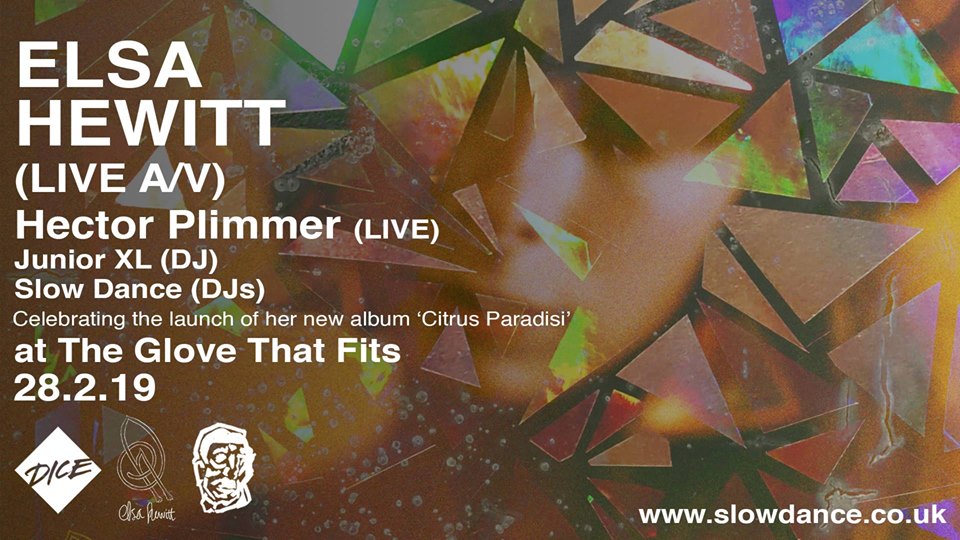 The Glove That Fits

Following on from ambient collection Quilt Jams and experimental pop single Invisible Threads, the talented producer and songwriter, Future Bubbler and Lynsey de Paul Prize winner Elsa Hewitt returns with her fifth album, Citrus Paradisi. Previously described as the audacious, high-energy offspring of Quilt Jams, it develops simple and cross-rhythmic guitar loops into soulful, psychedelic and effervescent experimental beats, compositions and songs, producing an album that is equally calming as it is energising. https://youtu.be/I199MIuvUys Support from: Hector Plimmer (live) Born and raised in South London, Hector is a designer, producer and DJ, who has been making some considerable waves over the past year. Following up an appearance on the most recent Gilles Peterson Brownswood Bubblers compilation, Hector proved his talent when he was selected as the winner of the PRS Steve Reid InNOVAtion Award. https://youtu.be/cILgaxA-gbk DJ Sets from Junior XL (Curl) and SLOW DANCE. Presented by Slow Dance